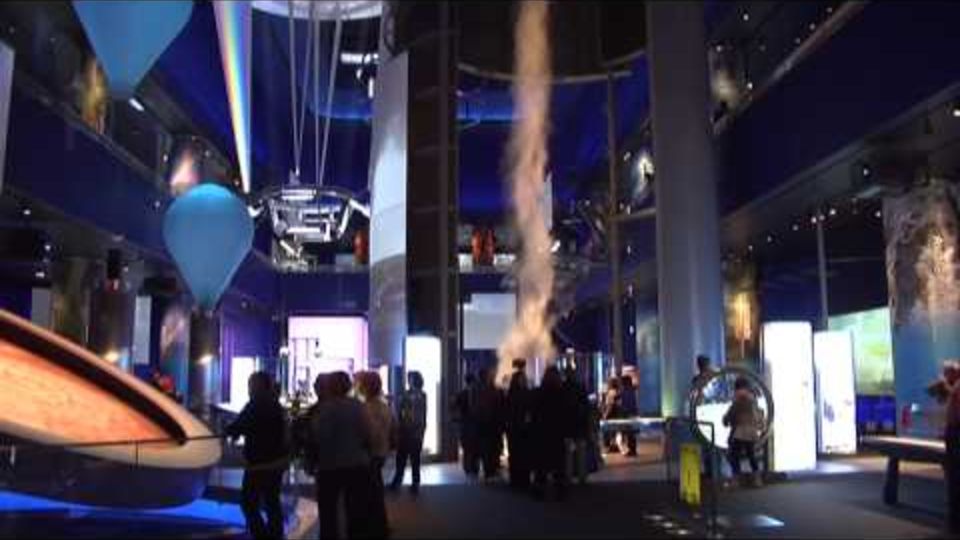 Learn about the amazing science behind nature in Science Storms at the Museum of Science and Industry, Chicago

CHICAGO (March 18, 2010)—Be blown away by a 40-foot tornado swirling before you. See bolts of lightning crack over your head. Trigger an avalanche. Unleash a tsunami wave.

It’s all possible in Science Storms, an unprecedented and dramatic permanent exhibit in Allstate Court that reveals the extraordinary science behind some of nature’s most powerful and compelling phenomena—tornados, lightning, fire, tsunamis, sunlight, avalanches and atoms in motion. Science Storms was awarded the Excellence in Exhibition award in 2011, the top honor by the American Association of Museums.

Inside the 26,000-square-foot exhibit, you’ll investigate the basic principles of chemistry and physics that are responsible for nature’s biggest wonders, while you get a hands-on, up-close look at these wonders themselves. Science Storms puts you in the middle of the action and lets you search for answers as to how and why things happen in nature.

As you investigate each of these forces of nature, you’ll experience dynamic media presentations that explore the science behind the phenomena—featuring leading researchers and scientists from NASA, NOAA, the United States Geological Survey, Harvard University, the University of Chicago and many more. Interspersed throughout the exhibit are important artifacts that help you to further understand the various scientific principles at work. Among them, you’ll see:

Science Storms is brought to you through the generosity of The Allstate Corporation, The Allstate Foundation, Mr. and Mrs. David W. Grainger and The Grainger Foundation. Additional major funding is provided by the U.S. Department of Energy.

About the Museum of Science and Industry, Chicago

Explore the amazing science behind natural phenomena with more than 50 different hands-on activities in Science Storms.

Guests observe the exhibit’s 20-foot avalanche disk to study the motion of granules.

Guests can manipulate a 40-foot tornado to experiment with air pressure and wind speed inside a towering vortex of vapor.