Keep learning in place and at your pace with science activities and topics you can access anytime.

Release the awesome power of oxygen with an oozing, foaming and safe chemical reaction. 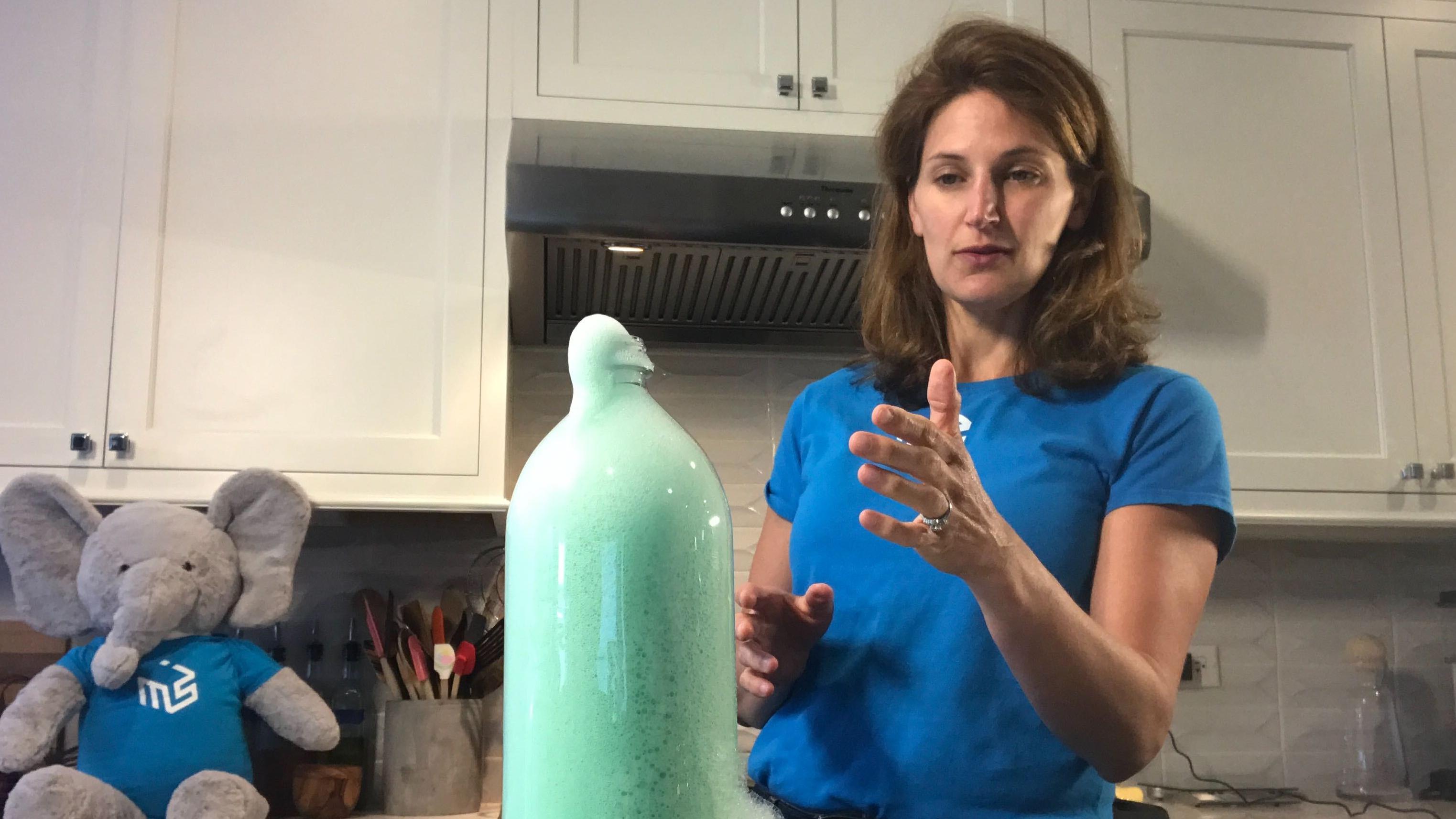 Hydrogen peroxide is a molecule that has two hydrogen atoms and two oxygen atoms (H2O2). That means it’s like water (H2O) but has extra oxygen. That extra oxygen atom is released when exposed to an enzyme called catalase that’s found in most living organisms. When you pour hydrogen peroxide on a cut and it foams, all those little bubbles are oxygen being released by the catalase enzyme found in bacteria and your own skin. The yeast in this experiment also has the catalase enzyme. Dish soap traps the oxygen bubbles and makes a foam. The more oxygen that is released, the more foam is made. Eventually the foam runs out of space and is forced to ooze out of the top of the bottle.

This chemical reaction uses ingredients that are all safe to touch skin. None of the ingredients are toxic, but they should not be ingested. Only use household-grade hydrogen peroxide (3%). Other grades of hydrogen peroxide, such as those used for bleaching hair, are more concentrated and can cause skin irritation.

Explore other chemicals and see what reactions they create with MSI's online goREACT game.

Build a lever simple machine to launch a water balloon!

Build a weather station to track weather events outside your home.